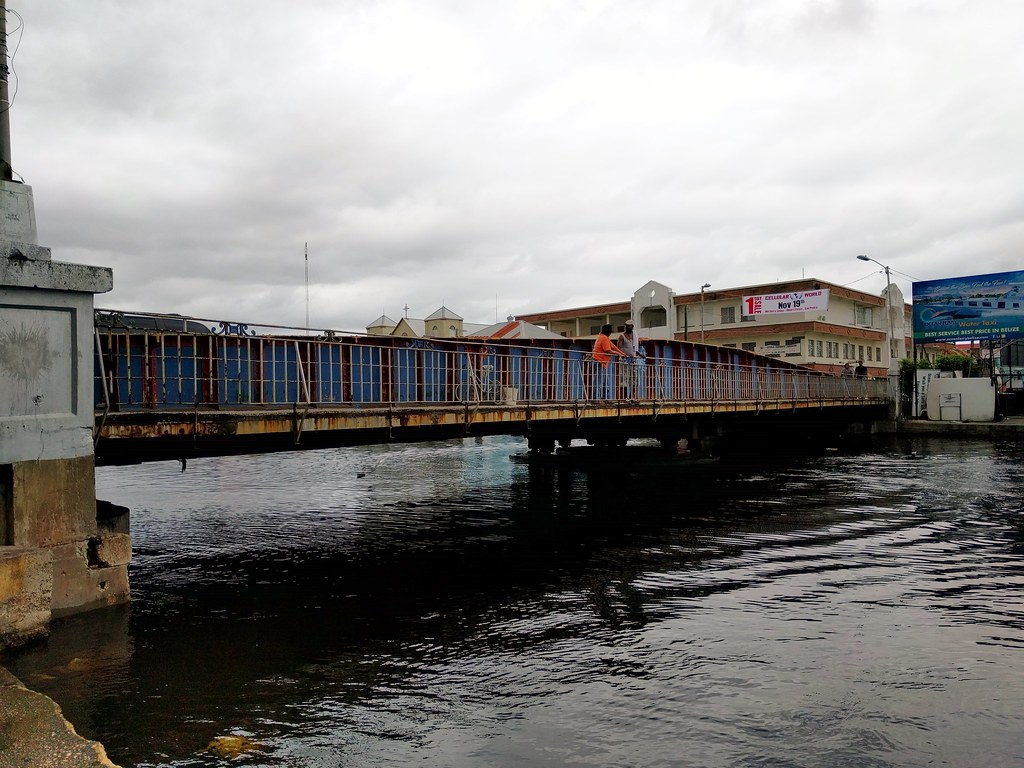 Swing Bridge (downtown Belize City) – what better way to stress the country’s “back water” image among some tourists than this swing bridge that was built in the 1920s? This bridge, which replaced several wooden bridges that were built during the 19th century, connects Belize City’s north side with its south side, spanning over the Belize River. It is the oldest swing bridge and one of the few manually-operated swing bridges anywhere in the world.

One piece of note-worthy trivia associated with this sight: this bridge was featured in the 1980 Christopher Walken mercenary film “The Dogs of War”. The bridge was part of a scene involving the fictitious African country of Zangaro, which Walken’s character and other mercenaries stormed toward the end of the film.